Home / About us / About the rods

WHICH RODS ARE FOR ME?

The energy from the Rods first enters the chakra area indicated and then begins to circulate up and down the spinal column. The Rods Kont are the most gentle, grounding and restorative for the physical body. The Rods Quartz sooth and uplift while the various sets of Crystal-filled rods are more energizing. All rods will expand your bio field and promote energy restoration.

Trust your intuition when making your selection. 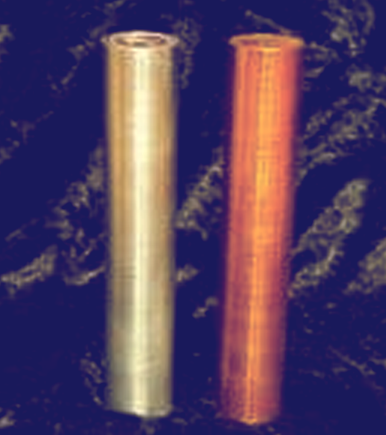 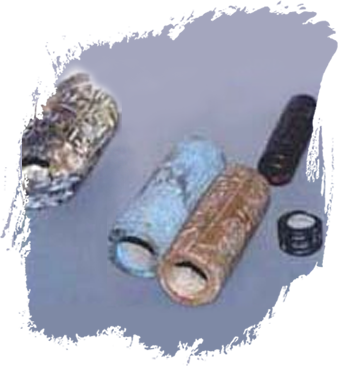 The technology used to produce the Rods and other elements of the complex took into account the pyramid’s ability to affect certain characteristics of materials. It was precisely for that reason that the Rods were made inside the pyramid. The bodies of the rods were cast in moulds of the appropriate shape and as the metal solidified (crystallized) its crystal lattice acquired special qualities under the influence of the pyramid. The structural field of the pyramid is believe to have a correcting effect on the distances between the atoms, as a result of which the lattice becomes more perfect. This process is meant to ensure that even the material from which the rods were made possessed aligning qualities. The fillings were also subjected to treatment of an appropriate kind in the pyramid.

As was already stated, at the beginning of the process of self-perfection the hierophant or pharaoh used a special sort of white sand. It was gathered not far from the pyramid and then processed for a long time within it. The decisive factor in choosing the fillings was the qualities of the crystal lattice. Under the influence of the pyramid the crystal lattice of the quartz changed its qualities, becoming more regular, less flawed and consequently better in terms of its resonant properties.

It is important to note that the orientation of the crystals of the small-grain white sand or large-grain quartzites inside the wands is of no relevance regarding the law of harmonic resonance. In this instance the significant thing is not the shape or orientation of each individual grain, but the peculiarities of the crystal lattice.

It should be stressed that when choosing the fillings for the cylinders it is not absolutely correct to divide them into Yin and Yang or to associate the qualities of the fillings with the horoscope. This connection is a very relative one. The method of The Rods-KONT creation is described in detail by Count Walewsky. 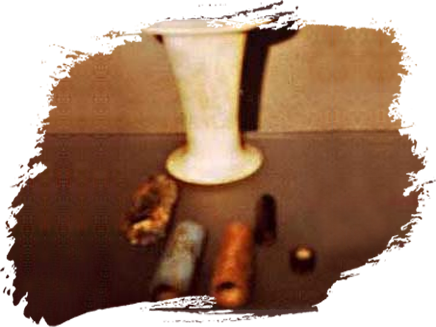 To better understand the essence of the process, one should bear in mind that BA and KA or Yin and Yang are two energy flows, two sources of vital energy situated within the human being itself. Their harmonization therefore requires minerals that possess the relevant properties. Jasper, amber or shungites were not used as fillings for the “Wands of Horus” by the Ancient Egyptians because of the unsuitable qualities of their crystal lattices. The use of quartz was prompted by its unusual, surprising qualities described below. 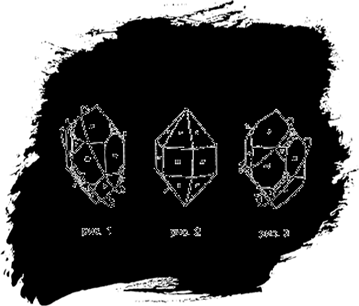 To explain one further significant peculiarity of quartz we need to turn once again to the conceptual system of the Ancient East.

The quartz crystal, like any other, has an energy center (chakra). But because in quartz the axis of symmetry forms a spiral *, several projections of the main energy center form within the crystal. That is to say one common stream enters the crystal, but several come out. You can picture it more precisely in this way: one center accumulates energy within itself, transforms and scatters it. What was one flow becomes several. Precisely due to the helical structure and, as a consequence, this scattering effect, the “Wands of Horus” filled with quartz crystals have a gentle, general healing effect on a person’s energy-informational structure and his or her entire organism.

“…In our experiments we obtain some astonishing things: when one cell culture experiences some stress, it can transmit its condition to another cell culture, if there is an optical channel of communication. The light ray conveys the essence of the matter – and it itself comes alive in a way. Moreover, a tissue culture of living cells of this kind that has perceived the state of its neighbors in a quartz or mica optical channel, can transmit that state on to other cell cultures; and so the accumulation of a property of living material unknown to us passes through the cells for 5, 6, 7 generations in the optical sphere. Mica and quartz are transparent for such effects, just as they are for ordinary light…”