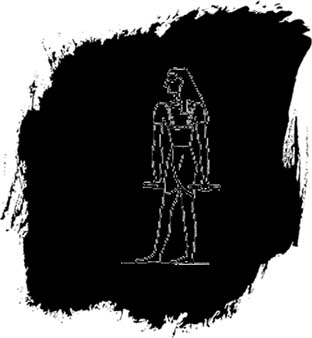 The method used in Ancient Egypt for strengthening energy flows within a human body is shown on the figures demonstrating the second Master-Arkan (see diagram below). Two rods are clutched in the hands of this standing figure.They are clutched with strength, creating an electrical conduit. The hands, holding the rods tightly, free this energy within the body. The renewal of energetic potential is one 100{dcbb7a7efe6fbd2d2b18b79409816c0383d8240023b662eaf4153c3cc9c7a9e5} and continues for 24 hours.

There were two rods with different chemical compositions. The first one was usually made for the right hand (the Sun Rod) and another one for the left hand (the Moon Rod). The Moon rod serves as a catalyst which strengthens the activity of the Sun rod. These rods of power were known long ago, yet the secret of their construction was known only to a few initiates.

The Rods, which records indicate that the Pharaohs held during their entire life, harmonized their two main energetic streams, Yin and Yang. Yin-Yang are two energy flows or principles, opposite and unified, different and homogenous at the same time. In constant association and interaction within the person, Yin-Yang are the two sources of vital energy. When they are properly interacting, the body’s vital functions are supported and a person exists without any special problems. The Ancient Egyptians used the Rods with different fillings to regulate the energetic balance of one’s body.

This sculptural group symbolically reflects this phenomenon. The Yang cylinder is in the right hand of the god Horus. The male figure symbolizes the flow of Yang energy (the male principle). The deity is an embodiment of the energy plane. The Yin cylinder is in the left hand of the goddess Hathor, who represents the female principle, that is, the flow of Yin energy. In the center is the pharaoh with two energy-giving hands directed towards him. According to the ancient writings, it was believed that the use of these rods considerably helped the pharaoh to correct his nervous system energy thereby benefiting the immune system. The Rods seemed to have a beneficial effect on his health and physical condition. The correct use of the Rods also enabled the pharaoh, or other user, to prepare himself for “Communion with the Gods”.

The cylinder for the right hand was made from copper and associated with the Sun (Yang). The cylinder for the left hand was made from zinc and associated with the Moon (Yin). To reinforce the properties of the cylinders, gold was added to the copper in the appropriate proportion, which is why the “Sun Cylinder” was also called the “Gold Cylinder”. Silver was added to the “Moon Cylinder”, which was accordingly called the “Silver Cylinder”. These cylinders were produced in the proportions of the Golden Section. And their dimensions were based on the status of the given person’s energy system, their health and also on the tasks being pursued. 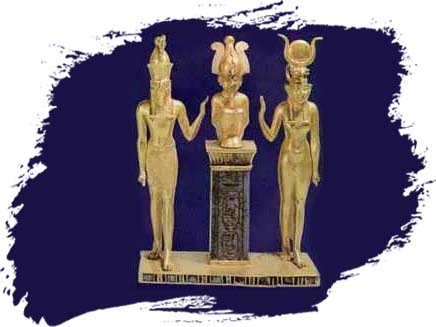 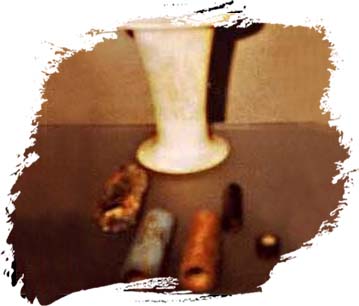 Placed within the Rods were minerals, often quartz crystals of different sizes, that were changed as the pharaoh made advances in the process of self-perfection or depending on the goal, health and energetic balance of the person working with the Rods. The filling in the initial phase was a fine-grained quartz, a special kind of white sand. The cylinders with white sand positively affect and activate a person’s energetic streams. Next, the cylinders were filled with middle and coarse-grained quartz to achieve higher level of abilities. (These type of Rods we manufacture as “Rods Quartz”) The next type of Rods contained quartz mono-crystals and were made for Priests, the masters of healing. The Rods were believed to create a powerful energetic shield around the user, harmonizing his energetic streams and allowing for coordination with signals from the master’s mind. This type of the Rods we have named “Rods Crystal”