Home / About us / Pyramid Principles / Rods & The Pyramid

Rods and The Pyramid 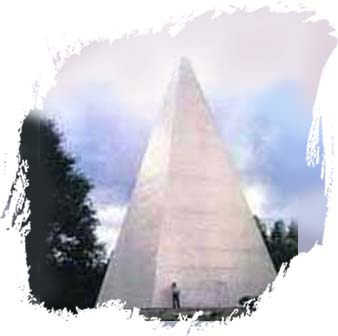 “…The effect of the Pyramid on a field structure of any object, regardless of whether it is mineral, solution, organic substance or living creature, causes serious changes within this structure. Such structures seem to be put in order, to become more optimal and harmonic. The power and durability of the structures, ordered in such a way, increase greatly, if all their newly-gained components are in resonance with the Pyramid.”

– A. Golod, Pyramids in Russia

Information on this page is based on Russian research.*

The Rods and the Pyramid are a single and inseparable entity. Through this synergy they represent a powerful energy technology which will allow us to greatly improve our mental and physical abilities. Pyramidal energy structures, whose positioning depends on the energy qualities of the location correctly oriented in respect of the planet’s poles, open up the following possibilities:

Being resonators, the Pyramids also appear to be antennae or a system that transfers energy from one dimension to another. The Pyramid, being an antenna and resonator at the same time, is also a re-transmitter of particular energetic flows, connected with some processes taking place in space. These Rods, together with the pyramid and appropriate preparation, allowed the Pharaohs and Priests to contact the Noosphere and were used for “Communication with the Gods”.

Based upon research carried out by the Russian National Academy of Sciences which includes: the Russian Academy of Medical Sciences, Institute of Theoretical and Experimental Biophysics, Graphite Scientific Research Institute, and the Institute of Physics in Ukraine, it has been shown that an area with a concentration of pyramids will demonstrate diminished seismic activity. More precisely, instead of one powerful earthquake there are hundreds of tiny ones. Also, in the atmosphere above the pyramids the state of the ozone layer improves. 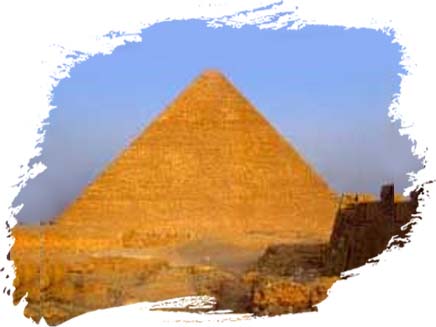 Additional findings indicate that burial of radioactive waste in pyramids loses its toxic properties. Agricultural seed treated in pyramids results in a 30–70 yield increase. Diamonds synthesized from graphite stored one week in a pyramid are more pure, hard and more perfectly shaped than usual. Water stored in pyramids retains its properties for years. 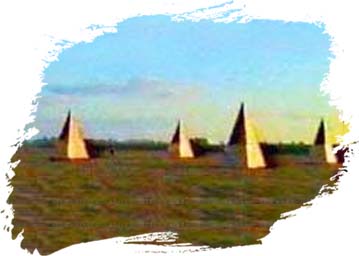 It is believed that a week after a complex of pyramids was installed at the Ishimbai oil field of Bashkiria in southern Russia, the state of the strata changed. The oil became lighter or less viscous and a number of its physical and chemical properties were altered. Also, the yield of the oil wells increased.

Doctors and physicists have been researching medical effects of the pyramid constructed by Alexander Golod. They’ve found that the pyramid has an influence on medicinal preparations and also that living organisms experience increased immune status and regenerated tissues.

A person holding the Rods is is believed to be indirectly influenced by the Pyramid. Through moisture, atmospheric electricity and the Rods themselves, the user is connected with the pyramids by resonance interaction.

The Rods used by the priests and pharaohs, and the Pyramids themselves were created according to the proportions of “The Golden Section”. It is believed to have ensured the inter-tuning of objects one to another. 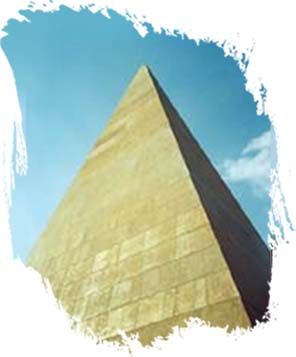