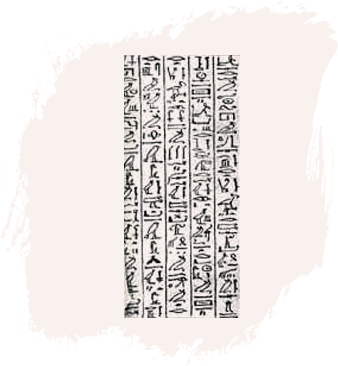 The principles of Ba & Ka had rather definite sense for the Ancient Egyptians. Ba was considered to be an original reality of a physical body, and Ka to be its double, the soul or energetic “framework”. The present parapsychology has named this “framework” bio-field. This field allows a hypnotist to detect a psycho-physical condition of a patient. Affecting (energetically) the bio-field, one can therapeutically influence diseased organs and body’s parts. In such instances, Ka plays the role of an information framework for the particular biological object. One of the Ka’s functions, according to the theories of the Ancient Egyptians, was to rule or regulate a physical body, and this fact corresponds with our opinion concerning the bio-field. This bio-field can be compared with a card, where the whole program of individual’s conditions is recorded.

BA and KA are two energy flows, two principles, opposite and unified, different and homogenous at the same time. In constant association and interaction within the person, BA and KA are the two sources of vital energy. While they are interacting, the organism’s vital functions are supported and a person exists without especial problems. The merging of BA and KA, their interaction and evolution generates the AH. The AH is the intermediary between God and people or a lesser deity capable of interpreting the messages of the gods.

This sculptural group symbolically reflects this phenomenon. The KA cylinder is in the right hand of the god Horus. The male figure symbolizes the flow of Yang energy (the male principle). The deity is an embodiment of the energy plane. The Yin cylinder is in the left hand of the goddess Hathor, who represents the female principle, that is to say the flow of BA energy. In the center is the pharaoh with two energy-giving hands directed towards him. The use of these cylinders to a considerable extent helped the pharaoh (or other user) to correct his nervous energy and, as a consequence, immune systems and to to improve his health and physical condition, since the cylinders had a beneficial effect * on those areas. The correct use of the cylinders enabled the pharaoh or other user to prepare himself for “Intercourse with the Gods”. 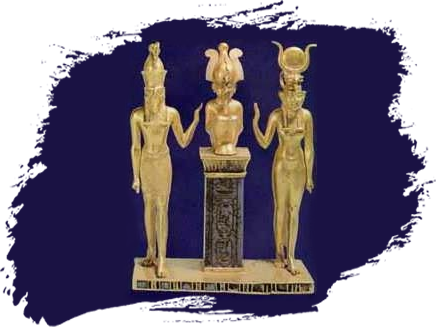 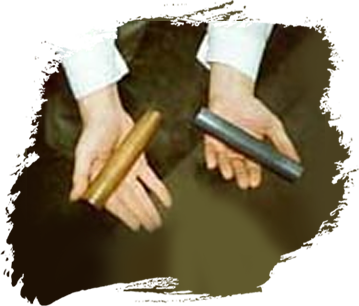 The cylinder for the right hand was made from copper and associated with the Sun (Yang). The cylinder for the left hand was made from zinc and associated with the moon (Yin). Placed within the cylinders were minerals that were changed as the pharaoh made advances in the process of self-perfection. The filling in the initial phase was a special kind of white sand. Cylinders containing white sand have a positive effect on a person’s energy channels, activating them. Then the cylinders were filled with large grained quartzite. As the transformational processes progressed this was replaced by other minerals.

To reinforce the properties of the cylinders gold was added to the copper in the appropriate proportion, on account of which the “Sun Cylinder” was also called the Gold Cylinder. Silver was added to the “Moon Cylinder”, which was accordingly called the Silver Cylinder. These cylinders were produced in the proportions of the Golden Section, while their dimensions were determined on the basis of the state of the given person’s energy system and health, and the tasks being pursued.

To give an example, in the event of disharmony where the BA or Yin type of energy was clearly dominant, to restore balance and harmony the Ancient Egyptians used only the copper Yang cylinder, which was held in the right hand. These two sculptures depict a situation of this kind. The men represented here evidently had problems connected with a imbalance, an excess of Yin energy (the female principle), which in males can lead, for example, to metabolic disorders, reduced sexual activity and a number of other fairly serious disorders.

For proper harmonization it is better to use both cylinders at the same time, but the Yang one should be larger than the Yin one, making it possible to bring the Yang up to the necessary level. Subsequent use of identical cylinders makes it possible to harmonize the two flows of energy.

If a person has an excess of Yang, which is quite often the case with women in particular (leading possibly to certain hormonal disturbances), then the use of the cylinders (a larger Yin and a smaller Yang) produces an evening-out, after which identically sized cylinders should be used for subsequent harmonization.