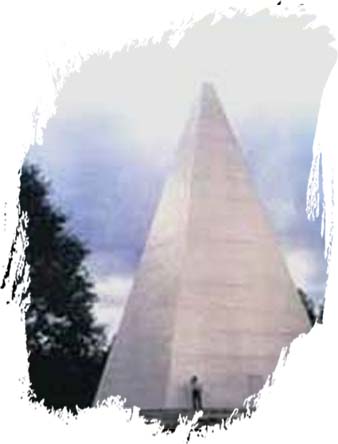 Driving from Saint-Petersburg to Lake Seliger (about 650 km) is about a 9 hour drive. During the whole trip you’ll be so tired of the E-95 route, that everything will swim before your eyes… But, things go bright when you pass by the blue table “Khitino”. Down the hill along the road you notice the Pyramid, as if it had come out of the forest! Everyone who has seen this Pyramid is more impressed than by viewing one of Kheops in Egypt.

30 minutes, spent inside the Pyramid, restore your strengths and you are ready to continue your way. Every 5 minutes the cars stop, people get out of them, surprised as much, as if they saw a huge aircraft, landed on the Red Square in Moscow!

This Pyramid has been built by Alexander Golod, who invests his own money, asking nobody for help, and relying on nothing but his knowledge and devoted like-minded people. This Pyramid is not the only one. Golod’s pyramids are situated in Voronege, Tushino, in Ukraine. But this Pyramid is one of the highest (recently, Golod has built one more pyramid near Moscow, which 44 meters high).

On entering the Pyramid you’ll be met by a… Oh, no! Not the priest, but a handsome guy, whose name is Sergey Shuvalov (you may phone him before the journey. Here is the number: 08235-12393). He knows about the Pyramid really everything, possible to learn, living just near it.

For example, he knows, that the structurised field of the Pyramid affects a crystalline lattice directly, reorganizing it in better order (less admixtures). To illustrate this phenomena, Sergey demonstrates an experiment with ordinary water. Several plastic vessels, filled with distilled water, are placed inside the Pyramid and the water condition is watched for the period of three Winter months. Water does not freeze and preserves all the liquid properties during the whole time of the investigation. Minimal temperature inside the Pyramids is about -38 degrees.

The measuring of the temperature inside the vessels show, that it corresponds with the temperature inside the Pyramid (that means, that water has not frozen even when 38 degrees below zero). And not only does distilled water behave like this, but also the ordinary mineral water in plastic bottles does not freeze. It is important to notice, that when the vessel is shaken or struck, the water begins crystallizing immediately and becomes ice in 2-20 seconds (depends on the level of water super-cooling). 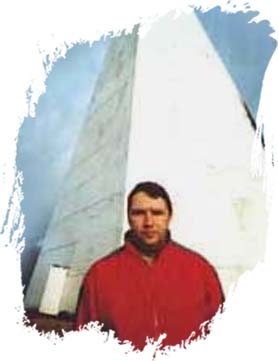